The first time they realize that the secrecy of their relationship is not only for their families' benefit, but for theirs, is when they're at a meeting for the class presidents of all the faculties about some more reconstruction around campus. Pran locates Pat among the handful of class presidents--then immediately looks away when he sees Pat has already spotted him.

It's hard, is the thing. To pretend that he doesn't want Pat at all, that he doesn't have him anymore. Sure, it might be easy for Pran to roll his eyes and fake a grimace and avert Pat's eyes--or meet them with a dead-on glare, when the situation calls for it. But the erratic beating in his chest always has Pran on edge, like he's always seconds away from grabbing at Pat and closing all the distance between them, no matter where they are or who sees.

It's exciting. It's thrilling. It's fun.

It's fun, the way Pran will not look at him during the meeting, but feel Pat's eyes on him. When Pat speaks up and says something to the room at large, his eyes pass over Pran like he's any other faculty president, and Pran watches and nods along like Pat is any other faculty president. He wishes he were closer to Pat so he could nudge and tease his foot along Pat's under the table. Maybe up his leg, up to his thigh. No one would see or know, but they would. But people could find out if they would bother to look under the table.

As it is, Pran is too far away so these fantasies live in his head for the next time they're out in public with a table between them. Something must show on his face, though, because when Pat glances at him again when he's done talking, his eyes flash. Darken, perhaps. It's for less than a millisecond so no one wiser would have even spotted it, but Pran has spent years analyzing Pat's face that even a hint of a microexpression is not lost on him. It's a look of, Let's get out of here, I want you.

Pran does not look at him for the rest of his meeting in his own form of answering, No.

But that No doesn't last when, as the meeting comes to an end, Pat says to the dean, "Hold on, would you mind if I took a look through the powerpoint again?" and the dean nods to him. And then Pran's packing up his own things from where he had been taking notes, but slowly, as everyone else in the room starts to trickle out.

And then it's just them, together and alone and in public, the way it shouldn't be.

Pran thinks he moves first; it's hard to tell, when Pat's abandoning the laptop that the powerpoint had been on and pinning Pran, who's already stood up, against the window. "Missed you so much," Pat breathes against his lips, hands on Pran's waist.

"You saw me this morning," Pran replies, but Pat kisses him anyway, desperately like they hadn't kissed each other goodbye after breakfast. Pran kisses back with equal enthusiasm, because Pat is too goddamn good with his mouth, his tongue, licking into Pran like he's trying to taste his lunch, too. It's so easy to get lost in this, fighting with the rhythm of their mouths, pulling and pushing and taking until Pran can't remember where he ends and where Pat begins.

Pat pulls away first; Pran leans in to follow his lips instinctively. When Pat smirks at him, Pran glares and wipes his mouth instead. "Aren't they gonna come back for the laptop?" Pran asks him.

"Yeah, probably," Pat says. "So we better make it quick, shouldn't we?"

"This," and Pat grinds against his thigh, and while he's not fully hard (Pran knows, he can tell by the size) his semi makes Pran's mouth water nevertheless.

He has to put up a fight though, so he hisses, "What? Are you kidding me? Here? Now?"

"Yeah, but--" Pran glances towards the door, unlocked. The laptop where the powerpoint is still open on it. The ceiling to floor window, which his back is still pressed up against. "It's really not the time or place, we're not supposed to be doing this."

Pat realigns his body, shoves a thigh between Pran's legs--and then Pran realizes too late exactly what Pat's doing. "You say that," Pat says, smirking infuriatingly, "but you're even harder than me."

And that Pran can't deny--what he would give to get his hand on Pat's dick, get Pat's hand on his dick, have them rub one off or fuck more if they had more time. If they had the time for Pat to fuck him where he's still a little wet from this morning, Pran's chest pressed to the window. "Well, make it quick," Pran says as dismissively as he can, and knows he's unsuccessful by the smug way Pat squeezes his ass and then unzips his jeans, shoving his hand down Pran's boxers.

"Shut up," Pran bites out, because Pat is filthy and unfair with his mouth--Pran would rather kiss him all the time too.

But Pat doesn't shut up, his motions getting a bit faster, that dark look in his eyes getting darker. "Why should I? I know the more I talk, the faster you'll come," he says. "And that's what you want, isn't it? Aren't you afraid of getting caught? Or do you like this as much as I do? Maybe you want to get caught."

"Maybe you're just annoying," Pran manages, even though Pat's thumb strokes over the head of his cock then, the slit. He's gone slower and that's even worse. Pat's other hand is still on his waist so Pran feels trapped between his body and the window, a position that he only dreamed of being in when he was sixteen. Pat strokes at him a few times like it's nothing, and Pran's knees buckle, so he grabs Pat's neck and kisses him again, determined to take Pat's breath away as much as Pat's taken his.

He slides his tongue into Pat's mouth, across his teeth; he smiles when he feels Pat shiver in response. The hand on Pran's waist slides up to his cheek, fingers running across his skin--poking, probably, at Pran's dimple still there. Pran keeps kissing him insistently, heat pooling in his belly when Pat sucks his tongue in response, trying to drag him into his body. His own hips twist against Pran's thigh, movement of his hands getting clumsier, sloppier.

They could get caught at any moment--anyone could walk in and see them, the presidents of the engineering and architecture faculties, who are supposed to hate each other, who are most certainly not dating, making out and grinding against each other like nothing else matters in the world. It's the worry, the excitement, the knowledge that they aren't supposed to be doing this but they are that makes Pran come only a few minutes later, trembling and gasping into Pat's mouth.

Pat catches all of his come in his palm, which is stupid hot that his hand is big enough to, that he just knows that Pran wouldn't want it smeared on the inside of his underwear all day. Before Pat can even say anything about it, when Pran comes to he takes Pat's hand out of his pants, eyes the white stains on Pat's heartlines, closes his eyes and licks it off.

It's bitter and unpleasant, but the way Pat bucks into him and buries his face into Pran's neck makes it all worth it. Pran doesn't need to feel it between their jeans and boxers to know that Pat's come in his pants; Pat's body always gets violent when he does, thrusting and shaking like he has no control over his limbs. It always reminds Pran that this is real, something he wouldn't have imagined Pat to do during an orgasm, but such a physical evidence that Pat wants him as much as Pran wants Pat. Pran kisses the side of Pat's neck as he finishes, still a little concerned about being caught but even more occupied with holding Pat at every chance he can get.

Eventually, he feels the vibration and puff of Pat's laughter against his skin. "I don't think I have a spare pair of pants," he says into Pran's shoulder.

Pran laughs at him, nudging him affectionately. "Want me to call Paa?"

"No, I should, otherwise she'll suspect what we did," Pat says, finally untangling himself from Pran.

Pran misses the warmth, though he won't say it out loud. "I feel like if you ask her for a clean pair of pants she'll suspect anyway," he points out, adjusting himself and stretching the kinks in his neck.

Pat smiles at him. He's got dimples too, but Pran knows that he has the monopoly on that nickname in their relationship. "Yeah," Pat says, stupidly. "It was hot though. We should do this again."

His stupidity must be rubbing off on Pran, because the idea of finding another place in public, another place where they shouldn't be looking at each other or talking like they're dating and stealing away to do so anyway makes his head feel light and his heart full. And Pran doesn't care, because being able to do all of this with Pat, the secrecy, the glances, the excuse to shove their tongues into each other's mouths, makes this all worth it. 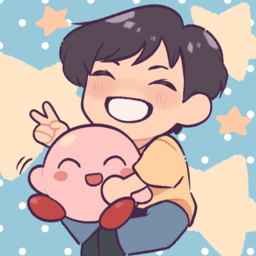