Why do you think Democracy works better in some places than others? Is meritocracy more full-proof than mob rule?

This kind of questions automatically enables my ranting mode! So let me rant away.

People might make stupid mistakes and vote for candidates/laws that might actually endanger their rights as free citizens. In some societies people might even go further and through the use of Democracy pave their way to totalitarianism. I think this would happen more in religion-ridden societies where you're surrounded with legions of religious nuts. In such societies lots of people like to be told to what to do rather than think for themselves and make a rational decision on what's actually good for them. Furthermore, people are raised [more like brainwashed] to follow/obey the religious scriptures. As a result they might tend to follow/obey the words of clergymen who claim they interpret those scriptures and only they know what's right and wrong.

Now let's talk about my country. I think even if the Islamic regime is overthrown, Democracy in Iran won't work. At least any time soon. I think people need to be educated first and learn critical thinking. They should know their basic human rights and never forget them. I fear in the hypothetical democratic Iran people might follow another Khomeini and make a historic u-turn again. ... sighs 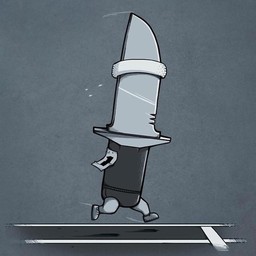