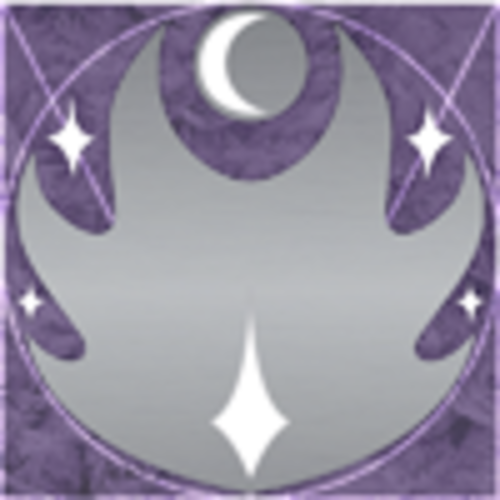 Your question has been sent.
Join Retrospring today! You'll be able to follow and ask people you know and a lot more.
Answers 6 Questions Followers 4 Following 4

I saw your birthday's coming up, what kind of cake are you going to get? Or would like to get, if you could afford anything?

Whoops, didn't realize I got this a week ago. I admittedly haven't been getting cake for my birthday as of the last few years, I just go to a nice bakery and get myself a bunch of pastries I like and call that my 'cake'. What I get varies depending on my current fancy or what's in stock.

But for the sake of curiosity if I were to choose a cake I really like those ones with the multi layers and gently sweet frosting with fruit slices in between the layers. Or I like a good cheesecake, caramel or some fruit I like. Or Tiramisu.

What sort of currency is used in your Ertakar project? Specifically on their home planet. (Though if they also have some sort of universal currency that would be interesting to learn about too.)

I'm still sorting that specific thing out. I know they -have- a currency, but I don't know the details. I've been thinking on this a few days and since my mind keeps going back to this, I think it's safe to say metal rods/strips of varying length are the most common form of denomination. I don't think they really utilized paper money much. They probably have some sort of EMV chip integrated into the currency itself to use for counterfeit protection.

I know they have a form of digital currency but I do not believe it functions on a 'credit' system.

That being said, once things move on to the Starship Lolipop era of things, there is absolutely forms of universal currency to keep up with the global trade, in addition to planet/territory unique forms of currency.

I've been siting on this for a while now because I've still been trying to think about how to answer this. This is admittedly one of those aspects I haven't developed as much as I would have liked.

I feel their movements are move fluid, they likely don't have some of the more harsh snap movements humans do, but that's not without question. I just don't see movements like dead drops being common with their body structure. Wings, tails, and the ability to walk on all fours all play into different forms of movement and styles of dance. There's probably rigid styles that keep the wings and tails close to the body. Styles that focus on wing movement more than other body movements. Dance that pairs flight and ground in fluid motions.

There is probably a whole class of dance that is entirely flight related. This is probably more pairs or groups than it is solo, but solo isn't out of the question. Dance that is arranged like airshows but much more rhythm and expression in mind. Like synchronized swimming.

For dance attire, they already have limited clothing, but I feel that wing accessories and drapes are much more common for dance attire, as the flow of the movement would trail really nicely off the wings.

They probably have a lot of dance for celebration, but considering their limited religious structures, I don't think they don't have much in the way of dance for actual ritual.

Obviously everyone should be aware of the TOS of any service they use, but don't you think it's unfortunate that nsfw artists have so few payment processors to use? For a lot of people the risk is just something they have to take.

Of course I think it's unfortunate, I think it's also absurd that sexual expression is villainized as it is. I also know it's difficult setting up a payment service with a high risk payment processor because they do not have the same ease of use, and the difficulty finding services if you're not in the US, Canada, or UK. But when you use a service that is hostile to what you do, you have to be consciously aware of the risk that's being taken. You can't pretend like it can't or won't apply to you if you get caught.

Do you take NSFW commissions yourself? If not, do you draw (and post) any NSFW art online?

I do not take commission related to sexually explicit subjects. http://armaina.com/terms.html you can see it is stated as such in my TOS, section 6A.

Does pineapple belong on Pizza?

Yes. You know what also belongs on Pizza? Potatoes You will find no food shaming, here.