The Retrospring servers are currently under heavy load from users migrating from CuriousCat. Unicorns might appear more frequently in the coming days. Follow us on Twitter to keep up to date. 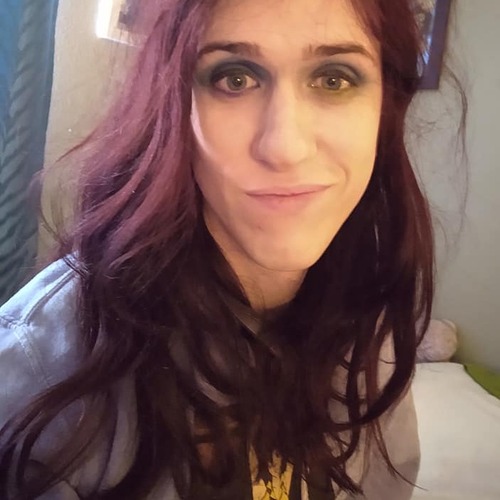 Aaron asked about 8 hours ago · 2 answers

What’s one hobby you just don’t understand? Btw the answer is rock climbing and sky diving FUCK those

Aaron asked about 7 hours ago · 3 answers

What’s one word in your native language (or maybe just generally) that you absolutely can’t tolerate people mispronouncing?

I don't know, I think mispronouncing words is kind of hilarious, it sparks joy. It only bugs me when people willfully mispronounce non-english names or words, because they think nothing matters or counts but English.

Aaron asked about 8 hours ago · 3 answers

In your opinion, what movie or TV show is in desperate need of new episodes or a new season?

None, I'm big into letting the dead stay dead tbh

Aaron asked about 8 hours ago · 4 answers

What do you think is the best time of your life? I think your 30’s are the best because you’re still young enough to do all the physical stuff, but old enough to be financially stable and possibly have a career and/or family. It’s really the only timespan you get that sweet spot. 20’s you’re active but immature, and 40’s you’re really declining physically

I'm 30, I had a good time one time since my birthday, so you must be right

Ofc, not having a family is the main reason I'm not having the worst possible time rn

But different strokes. We salute people of all stars and stripes

I've kinda always thought that if you live to an advanced age you probably have healthcare and a huge collection of vinyls, and you can't get pregnant. So it's the best time of your life.

Sorry for your loss

If the gender you’re not attracted to offered you a lot of money to pretend being their spouse for an evening event, would you consider?

I think only a bunch of straight men are so afraid or bothered by the idea of people just thinking they're in a relationship with someone who isn't a woman, that they'd need to be paid to simply let people think that.

Did your parents ever approve of your friend you brought home? Did your mom think your love interest was a good person? What did she say?

Didn't see or talk to my mom much between the ages of 7-20. Avoided introducing friends to my dad as much as I could. But no, neither of my parents have ever really "approved" of anyone or anything that I am involved with. They adjust to some of it, though.

My mom is the kind of transphobic person who thinks trans people are cis gay people, who want to be straight in order to "fit in". It's been nearly a decade, she still obviously feels this way. So nothing I do in my life can ever make her happy, or happy for me, because she believes I'm a deeply tortured cis gay man. It doesn't matter to her that I'm queer, because a lot of people, especially people like this, tend to erase anything that isn't monosexuality.

And my dad, he'll think one thing one day, and nearly the opposite two days later even though none of the information has changed. He'll like someone, the next time he talks about them he'll think they're garbage. The next-next time he talks about them he'll like them again, and so on, forever. So sometimes he thought my wife was like a saint, and sometimes he just resented her and thought she was "too old" for me. You can't really nail down how he feels about anything or anyone, and he can't really tell you. He says it's because I'm confusing or complicated. But even if that were true of me (it's not), things related to me are not the only things he flip-flops on. It's just everything.

I love them, but I don't care if they think someone is a good person or not. Because I really don't trust that they know who is and isn't a good person.

Romantically speaking, do you prefer a “straight shooter” or someone who is more into the “chase”?

Well, shit, I don't want to "chase" anyone because it makes them sound like prey. And I'm also wary of both straight people and gun owners, so maybe no straight shooters.

I just want to be with people who are socially inept in the same way I am, and don't see any fun in fkn around and not sayin how you really do.

What do you seemingly attract?

Are you wifey material? 😉

Not according to the data, I gUESS

What are they doing, battling to the death? I remember that Diaz claims she actually learned some unspecified martial arts in preparation for Charlie's Angels. I don't really believe it, but if it is true, I think she's more likely to come out on top.

As I am on my way back from France and lack my guide and translator I stand in awe listening to the flight attendant who repeats fluent in five languages the simple instructions to a crowd of mindless sheep.

When I'm in a relatively diverse crowd of people I always end up thinking about how at least one person in it is probably dope as hell.

If you were happy at that moment, why do you regret it now?

Jumping out of the swing is fun, but you always hit the ground again.

How do you convince someone that what they're doing is creepy?

Have you ever had a dream about killing someone?